Planning to Purchase a Home? CMHC Could Soon Pay 10% of the Overall Cost-for a Price

Are you planning to buy a home soon?  You will be glad to learn that this year’s federal budget that was released on Tuesday, 19th March 2019 includes a comprehensive plan that could easily see Canada’s leading housing agency, CMHC, contribute up to 10% of the buying price of the property if you qualify.

According to details, the budget contains a sweet deal for all potential first-time home buyers- one that will potentially see CMHC pay up to 10% of the buying price of a home and also bring down the mortgage load for all borrowers who qualify. 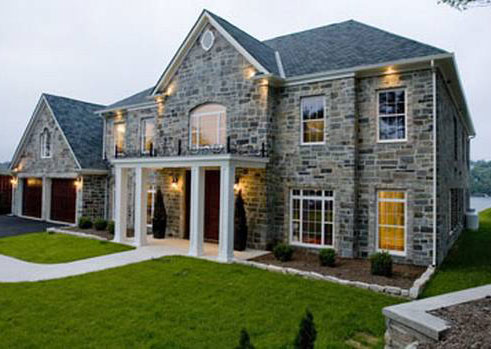 The budget offers what is known as the First Time Home Buyers Incentive as a way to help the federal government provide affordable housing to Canadians. The government is planning to set aside $1.25 billion over the next three years for what is known as “shared equity mortgage.”

Basically, this will serve as an interest-free loan for potential first-time home buyers. If you qualify for the credit, the repayment plan won’t require payback until several years in the future.

However, for one to qualify, he/she must have a household income of less than $120,000 per year and should be able to afford a 5% down payment which is the minimum requirement to qualify for an insured home loan with CMHC.

The Canada Mortgage and Housing Corporation, CMHC, is a leading corporation that backstops the majority of the country’s housing market by insuring the mortgages that finance it. The new program will only make its role in the market even larger.

In addition to those stipulations, the first time home buyers incentive program also caps at four times the potential buyer’s annual income. In simple terms, this means that the program can only help individuals looking to purchase homes where the mortgage value plus the CMHC loan doesn’t exceed $480,000.

If any prospective first-time homebuyer meets all the conditions described above, the CMHC will automatically kick in up to 10% of the value of a newly built property or up to 5% of the resale value.

Equity Stake in the Home

At this point, you may be wondering how CMHC benefits from the deal. Well, you need to know that the corporation is willing to contribute that amount of money in exchange for corresponding equity in the property. This move will bring down the size of the property owners mortgage, but it will come with a bill to be paid down the line.

If you are looking for the precise details of how the program works, you will have to wait until fall when they will be released. The federal government only provided a rough breakdown of how the program might work for any prospective homebuyer out there.

On a standard mortgage at the current rate of 3.5%, that will translate into lower monthly mortgage repayment that could save the buyer a lot of money in the long run.  The catch in the program is that the property owner will eventually pay back the CMHC’s stake in the home but not until they sell it.

One shortcoming of this program is that the federal budget doesn’t state how much the homeowner owes; is it the same amount that CMHC provided up front or does the amount go up based on how much the property has appreciated in overall value?

Although government officials say that the fine details of the program will be out in the coming months, financial and housing experts warn that the benefits of such a program must outweigh the downsides for it to appeal to the public.

The federal government is estimating that the plan could help more than 100,000 potential first-time homebuyers over the next three years.

But, not everyone is happy with the program. According to Craig Wright, the chief economist of the Royal Bank of Canada, the country doesn’t have a homeownership problem to warranty such a problem.

In his argument, he cites research from the 2016 government census that reported approximately 67.8% of Canadians own homes. This homeownership rate is much higher compared to ownership rates in other countries including the United States where the current rate is about 63.5%.

This is what makes him, and others think that this is more about politics other than helping people become homeowners.

Furthermore, Wright claims that if the program isn’t implemented properly and something goes wrong, it has the potential of harming some of the sensible market cooling measures that are already in place such as the minimum down payment policy, loan term caps, and mortgage street tests  that were introduced late last year. He believes that the program will drive up the demand for homes which could push the prices up.

David MacDonald, another economist with the Canadian Center for Policy Alternatives, believes that the program does little to help individuals purchase properties more affordably. He argues that taking out loans from retirement savings or CMHC doesn’t make housing affordable at all.

Other than the CMHC housing program, this year’s federal budget also pledges $100 million per year for the next five years to help fund numerous non-profit organizations that are already offering this type of shared equity mortgage.

It also raises the amount of money that a prospective first-time homebuyer can withdraw from the RRSP without penalty to $35,000 up from the current limit of $25,000.

Furthermore the federal government claims that it is looking at ways of expanding a program it launched in 2017 to fund the construction of low-cost rental units in various parts of the country.  This year, the budget is looking to add up to nine years of funding to the low-cost units program.

The federal government is also cracking down on financial crime in the housing sector to ensure that homeowners get what they deserve.

The most critical thing that any prospective first-time homebuyer needs to understand is that this isn’t free money at all. First, you must get approved for a mortgage and raise the minimum down payment to benefit from the program.  If you qualify for the extra 10% funding, you should be ready to pay back what you owe CMHC when the payback time arrives.